Posts Tagged "The Lord of the Rings"

Mike Mignola is on the short list of creators whose work inspired me to get back into comics. After years of being sick of Marvel and DC (especially after Marvel’s Onslaught thing and the whole Amalgam deal in the 1990s), I stopped reading comics for a long time, and I make no secret of my complete lack of interest in the “mythology” of superheroes (can I write that word?). Then, in college, I was introduced to Mignola and other creators (such as Alan Moore) who offered an alternative to what comics could be about. And though it took a bit to get used to Mignola’s style, once I read Hellboy I was instantly hooked. It was equal turns dark and humourous and was inspired by much of the same source material which I myself enjoy. So when Mike Mignola announced through his social media networks that a new Hellboy film was in the works, you figured I’d be ecstatic.  END_OF_DOCUMENT_TOKEN_TO_BE_REPLACED

Sometimes that little bit of unknown information can be infinitely more enticing than the fully revealed truth. It’s what makes history so intriguing. We can never know all of the answers for a certainty. It’s this precise device which draws players into the stories of the Dark Souls games and their related titles (collectively called the Soulsborne series), and it’s the way the stories are presented which creates such an immersive experience for the player. END_OF_DOCUMENT_TOKEN_TO_BE_REPLACED 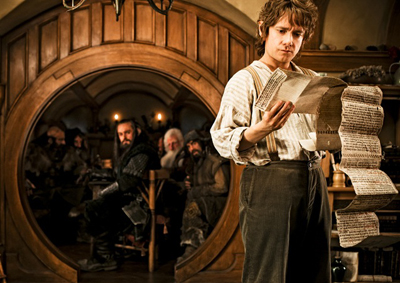 This winter, Peter Jackson released the final part of his Hobbit film trilogy. So far as I can tell, the films have been well received, though I have not felt the same level of hype around this Middle Earth film trilogy as was associated with The Lord of the Rings films. Of course, this could be a personal bias, as frankly, I was disappointed with the entire Hobbit journey, there and back again. END_OF_DOCUMENT_TOKEN_TO_BE_REPLACED