I understand that game play and design is a sort of broad topic to tackle with any game. Though in this particular context I mean as it pertains to the experience Dark Souls and the related titles of the Soulsborne series create. In truth, and with any well designed game, the way you play the game, the way you explore it is as essential to the player experience as the graphics and the story. In the best designed games, game play and design are the story. Because, after all, experience becomes story in the end, does it not?  END_OF_DOCUMENT_TOKEN_TO_BE_REPLACED

Though this past weekend Japanese gamers saw the release of Dark Souls III, we in the United States will not be getting it until April 12th. However, with this recent overseas release, an intriguing Dark Souls related article that was recently brought to my attention, and the fact that I finally finished my second play through Bloodborne (just one trophy away from my Platinum–yes, I play slowly, as I don’t have as much time to game as I’d like), I thought it would be a perfect time to write again about my anticipation for the next installment in the only game series in recent years (relatively) which has had a profound impact on me as a creator and storyteller. END_OF_DOCUMENT_TOKEN_TO_BE_REPLACED 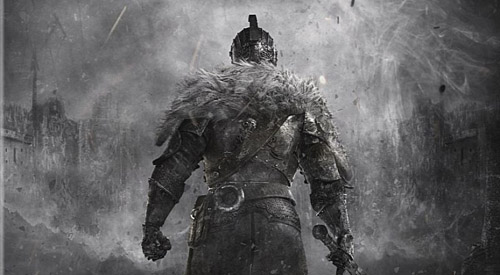 Not since I was working on Game-Flush.com (which is becoming quite a dated reference now) have I written about video games or my gaming experiences. Though this is a blog primarily about my writing and art, gaming has been one of the few past times in which I have consistently engaged since an early age. As such, video games have always been an inspiration to me creatively, and in fact are largely responsible for why I turned to comics as a medium for telling my stories (perhaps I’ll write more on that another time). So, I thought I’d change things up a bit this week and write about games. Specifically, the Souls series, in honour of recently completing my first play though Dark Souls 2. END_OF_DOCUMENT_TOKEN_TO_BE_REPLACED