You read that right! I’m a rich and famous genius. These aren’t my words. No, I’m just quoting from two different sources sources. How reliable they are, well, I’ll let you be the judge of that.

The rumour of my riches comes from a site called NetWorthPost.org: networthpost.org/net-worth/j-m-desantis-net-worth/. About two weeks ago I was Googling myself (not something I do often, honestly) and stumbled upon a listing for J. M. DeSantis on the site. They have the right guy, as the site has a picture of Chadhiyana on it and lists me as having worked on Night of the Living Dead: Reanimated. Strangely, however, NetWorthPost.org lists me both as a celebrity and having a networth of $11 million–just half the networth of 50 Cent, if you cross-reference him through the site!

Where these people got their information from, I have no idea, because my networth is far, far less (at least I understand it to be). So someone has their numbers wrong. Either that or I’ve got…well, roughly $11 million in royalties I haven’t been paid on projects I’ve worked on. Still, I can start saying “I’m the $11 million Write-ist!” Maybe I’ll add that to my banner… 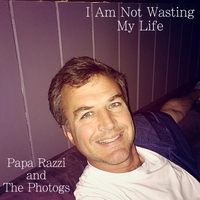 As for the song, some months posted that my friend and musician Matt Farley (of Motern Media) delivered an impromptu performance at the 2018 No Such Con, with a hilarious song both poking fun at and praising me and my work. Well, as promised, Mr. Farley delievered a finished version for his album I Am Not Wasting My Life (from Papa Razzi and the Photogs). I was humbled, to say the least, that he decided to sing the song at all, but to now be numbered amongst the many (some may say excessive) Motern Media songs is truly an honour–especially because I just love what this man does!

You can listen to the tune on iTunes, Spotify, Amazon Music, YouTube (see links below) and just about any other music streaming or download site. Other than myself, the song also references both Chadhiyana and Gentleman Cthulhu. I won’t say more than that, because it’s really worth experiencing this for yourself. But the title really says it all: “J. M. DeSantis Best Art-Making Genius Ever Song”.

Other than that, I just want to remind my Chadhiyana fans that although a brief update was posted last week about what has been happening behind the scenes with the series over the past year, a more in-depth, spoiler-free multipost update is publishing twice-weekly on my Patreon through mid-July (patreon.com/jmdesantis). The posts go into the specifics of what things I’m revising, updating, and even adding into the current arc (Chadhiyana: In the Company of Shadows) and the series going forward.

If this sounds of interest to you, the most basic level of access to my Patreon ($1.00 per month) allows you to read all of the updates as the publish, and of course, you’d be helping to fund Chadhiyana and other projects of mine. So thank you if you decide to support, and even if not, share some of the above, or all of it with your friends. Support for the arts comes in many forms, and I’m always grateful for any I get.

Well, that about does it for this week.

Back to Top | No Comments
Tags: Amazon Music, Chadhiyana, Chadhiyana: In the Company of Shadows, Gentleman Cthulhu, I Am Not Wasting My Life, iTunes, J. M. DeSantis Best Art-Making Genius Ever Song, Matt Farley, Motern Media, NetWorthPost.org, Night of the Living Dead: Reanimated, No Such Con, Papa Razzi and the Photogs, Patreon, Spotify, YouTube
Cancel Reply