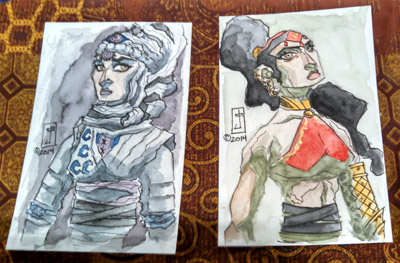 With the holidays coming up, I’ll be taking things a little slow for the next two weeks. For those following my Handlebar Moustache Guide, I’ll be back with the next installment in the New Year. At least I got as far as posting how to curl your moustache, but there are a few other subjects to be covered yet before the guide is complete. In the meanwhile, I’ll be enjoying the holidays and preparing for next year, as there are (I hope and all but expect) some big things coming in 2015. But before we get to that, here’s a look back at 2014.

When I think back on the past year, it’s difficult for me to believe so much has happened in such a (relatively) short period of time. There were many wonderful things experienced and accomplished, but there were also some trying moments which, while they helped me grow personally and professionally, stretched me to my limits. Sleep was often lacking this year, and I found myself constantly having to adapt to the ever-changing situations in my life, struggling to find the balance between work, time for the people in my life and time for myself. It was not an easy year, but so many great things came out of the trials I’ve gone through.

To be honest, if it weren’t for the love and unending support of my wonderful girlfriend (who, with her daughter, moved in with me this past Summer–just one of many events this year), I don’t know that I would have come through it half as well as I did. Certainly she’s had to put up with a lot from me, and I’m grateful to her for sticking it out, even when I was driving her crazy. (Thank you, Beau. I love you.)

The year began with me mourning my grandmother’s death (in December of last year), when within two months’ time, I lost my grandfather and my friend, Bill Baker, who encouraged me to work on a Chadhiyana graphic novel and begin publishing it as a web-comic. These deaths came in the midst of the brutal winter many of us experienced. I also began the year by starting night classes to finish the last requirements for my standard teaching certificate (alternate route). This all while finishing my first year of teaching and continuing to work on my graphic novel, Chadhiyana: In the Company of Shadows.

This year saw the publication of Chapters I and II for that graphic novel (on chadhiyana.com), and with it dialogue was added to the book, further fleshing out the story and introducing new characters from the world of Chadhiyana. Also, once I’d finished editing the script for Book I of Chadhiyana: In the Company of Shadows, I was able to make good on my promise of making more time to write. Of course, this forced me to make more adjustments, but I’ve finally adopted a writing schedule with which I am at least content.

I was able to produce three prose short stories, a number of new poems, and I began working on a new Chadhiyana script. Of course, that’s not forgetting the copious amount of notes for stories I’ve written in between, never mind the currently posting Handlebar Moustache Guide, a few tutorials for my graphic design classes and a guide to making comics for the Comic Book Club I’m overseeing at the school where I teach. For the first time since college, I feel like I’m writing constantly, and I love it! 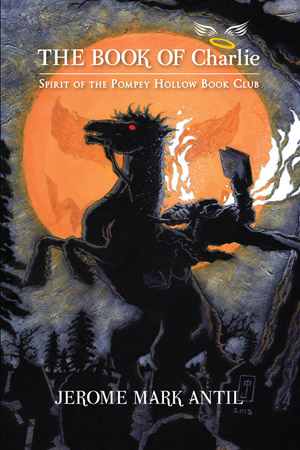 This year also, my cover illustration for The Book of Charlie: Spirit of the Pompey Hollow Book Club (Little York Books) was published. I also began working on artwork for two long-standing projects of mine, which, I hope, will finally see the light of day in the coming year. What’s more, I began my second year of teaching, and had a number of successful comic conventions in the second half of 2014.

It’s not to brag (well, maybe a little). Rather, just as I was last year, I’m a little surprised how busy and successful this year has turned out to be. That said though I’m deeply grateful for all the wonderful things which this year has brought, I am also exhausted.

It’s with a sigh of relief that I’m coming upon a nearly two week break from my teaching job (for Winter Break). During that time, I hope to get some much needed rest, for as much as I have written about concerning this year there is much I’ve left out. There have been a number of things developing in the background, and next year is showing a lot of promise. I have high hopes, but I’m going to need all the energy I can muster for it.

That said, for those of you who have been following me this year, be prepared for some big things happening in 2015 (providing all I’ve been secretly working on this year comes through). I’m very much looking forward to the coming year and all its potential. Hopefully I’ll be up to the task. After all, some of these things I’ve been wanting for a long, long time.