With the holidays coming up, I’ll be taking things a little slow for the next two weeks. For those following my Handlebar Moustache Guide, I’ll be back with the next installment in the New Year. At least I got as far as posting how to curl your moustache, but there are a few other subjects to be covered yet before the guide is complete. In the meanwhile, I’ll be enjoying the holidays and preparing for next year, as there are (I hope and all but expect) some big things coming in 2015. But before we get to that, here’s a look back at 2014.  END_OF_DOCUMENT_TOKEN_TO_BE_REPLACED 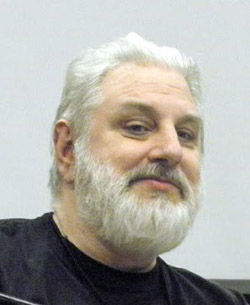 In a year of already three deaths, I was hoping to not have to write another one of these again for a while. Though the present memoriam is not for someone who was as close to me as my grandparents or my mentor and friend, Bill Baker, the death of C.J. Henderson (on July 4, 2014) still came as a shock. I didn’t know him very well, and though he never remembered me from a previous encounter, our creative paths seemed strangely entwined. Not to mention, he gave me a few pieces of helpful advice over the years, and I was there with a roll of tape when he needed it most. END_OF_DOCUMENT_TOKEN_TO_BE_REPLACED

My first year of teaching full-time is over, and with it my Alternate Route classes as well. (In New Jersey, as in many other states, you can go to school for a teaching certificate if you have a Bachelors Degree, but only in subject areas where you have enough credits.) Both my last day of work and my last Alternate Route class were yesterday, though my students were done last Friday. Now I can sit back and as many teachers do, reflect on the year past. END_OF_DOCUMENT_TOKEN_TO_BE_REPLACED

Back to Top | No Comments
Tags: Alternate Route, Bill Baker, Chadhiyana, Chadhiyana: In the Company of Shadows, Taekwondo, teaching

In that brief meeting, Bill spoke to me about his (then) upcoming book, ICONS: The DC Comics & Wildstorm Art of Jim Lee, and an acclaimed interview with Alan Moore. However, what struck me most about Bill was not his accomplishments but rather how humble and personable he was even in the presence of an unknown creator. I find very often those who have “made it” have little time for those who haven’t, but that wasn’t Bill’s way. I’m not the comic historian Bill was, so at the time I had no idea who Mark had introduced me to. However, over time, I learned just how legendary Bill was and not just as a writer, but as a person as well. END_OF_DOCUMENT_TOKEN_TO_BE_REPLACED