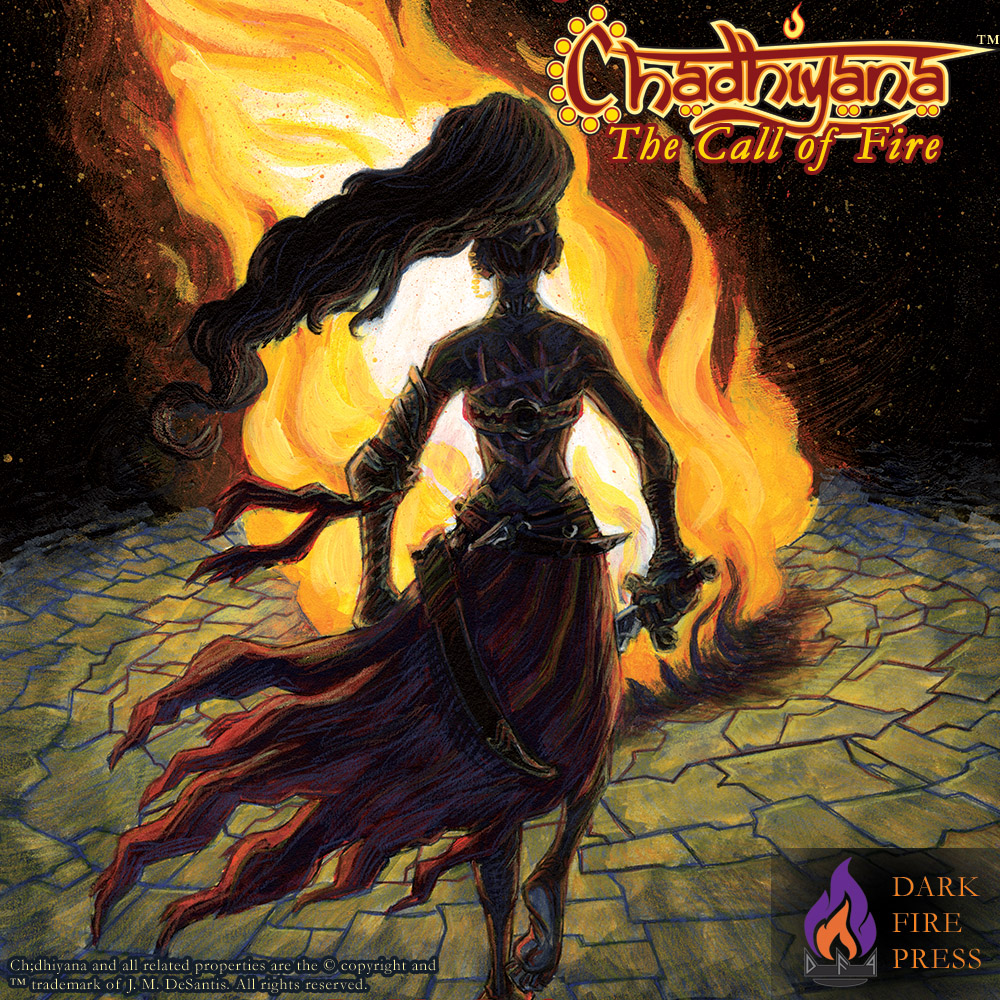 New from Dark Fire Press is the print, special edition version of the latest Chadhiyana short, Chadhiyana: The Call of Fire. This four-page comic is a teaser to the upcoming series of stories and issues from creator J. M. DeSantis (jmdesantis.com) and publisher Dark Fire Press (darkfirepress.com).  END_OF_DOCUMENT_TOKEN_TO_BE_REPLACED 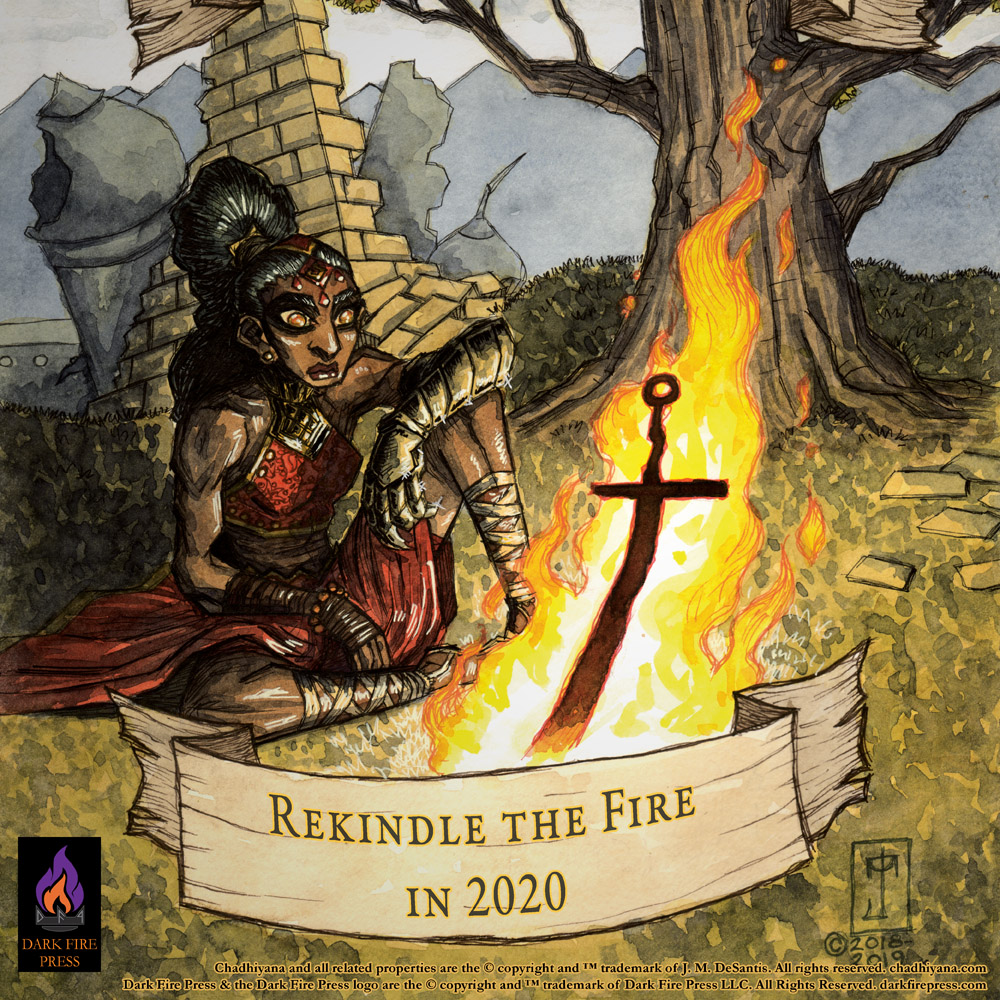 As I’ve written about before, I had taken a break from both projects, but intended to come back to them. Gentleman Cthulhu began his return with new comics posting since August of this year, and Chadhiyana will return in a new series next year through (my) Dark Fire Press (darkfirepress.com). And for you Chadhiyana fans, today’s post is mostly about the upcoming series.  END_OF_DOCUMENT_TOKEN_TO_BE_REPLACED

I’ve had so much going on in all directions (new books, upcoming projects, publishing as Dark Fire Press, interviews, conventions, etc) that it’s worth writing a single blog post that puts all the information out in one place. That’s exactly what this post is, and I may as well start with my new banner artwork as I return to exhibiting at conventions this week.  END_OF_DOCUMENT_TOKEN_TO_BE_REPLACED

I know it seems impossible, but there are more publications coming from me this year. But before I get into that, a couple of site updates, and a special podcast that’s debuting in three days, I want to thank the staff at Barnes & Noble in Princeton, New Jersey for the wonderful opportunity they afforded me this past weekend during their Local Author event, in which I was talking about and signing copies of my latest book, Robert Phillips (a Lovecraftian novella centering around The Necronomicon and its author, Abdul Alhazred).  END_OF_DOCUMENT_TOKEN_TO_BE_REPLACED

As I’ve written before this year, I may be writing less blog pieces and took a break from shows, but there’s a lot happening behind the scenes (as the publications of Robert Phillips and J. M. DeSantis: The First Ten Years should already prove). But we’re nearing the end of the summer, and with the Fall comes my planned return to public appearances and shows, and just in time for that I was asked to take part in a local author event at Barnes & Noble, as well as to do a second interview with Sequential Tart. And then there are some new web-developments on the horizon, including this site and Gentleman Cthulhu.  END_OF_DOCUMENT_TOKEN_TO_BE_REPLACED

Chadhiyana creator J. M. DeSantis is currently at work on stories and other materials for a new Chadhiyana project and the series beyond. This new project will include a number of new Chadhiyana stories, told over the course of roughly five comic issues.  END_OF_DOCUMENT_TOKEN_TO_BE_REPLACED